One of the oldest families Blienschwiller
is that of Bohn, located in the city for a long time, perhaps since the Middle Ages, at least since the fifteenth century. A very old wine tradition characterizes this family as evidenced by the inscriptions on the lintel of the porch.

The year 1633 and the winemaker cerpette are etched in stone.

Francois Joseph BOHN was one of the most illustrious members born in Blienschwiller in 1763, he enlisted in 1785 in the 10th regiment of dragoons, then joined another cavalry regiment: 1st Hussars. Napoleon appreciated the Alsatian officers deemed pure sense of discipline, duty and valor. More than 60 of them will became general, 24 have their names engraved on the Arc de Triomphe.

The Emperor once said to his officers who complained that their Alsatian colleagues were talking in dialect “let them talk their lingo provided they are cutting to the French! ”

Francois Joseph BOHN was actually of those who spoke Alsatian and fought like a French. Wounded twice in Italy, he took with a disappeared 100aine hussars 16 guns, 300 caissons, 7 flags and made 5000 prisoners.

In AD 11, the first consul Bonaparte confidence in the estimate and the loyalty of citizens Bohn appointed him to captain of the regiment of hunters on horseback from government custody. François Joseph ascended to the rank of colonel of the 7th hunter and was appointed an Officer of the Legion of Honour 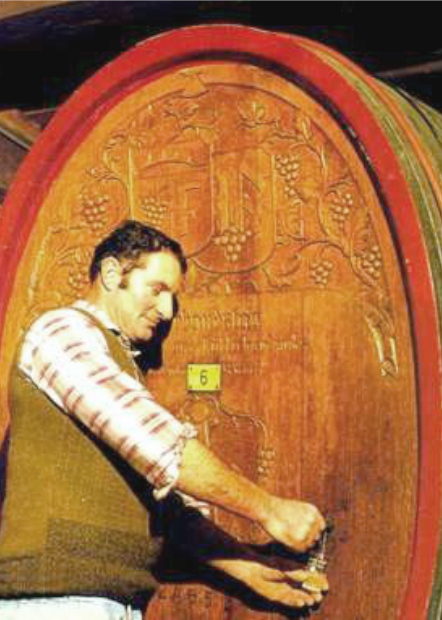 René BOHN, grandfather of the current owner, disappeared in 1985 but his work will remain that of a great wine and a great mayor of my little town in Blienschwiller. He was deputy mayor from 1945 to 1953, mayor from 1953 to 1977.

Thanks to its dynamism, the commune of Blienschwiller has grown remarkably, he was a pioneer of intercommunal. For his work in community service, he received the medal of the department of Bas-Rhin and the medal departmental and communal honor vermeil.

Winemaker avant-garde, he has significantly contributed to the promotion and quality of wines from Alsace, he was Officer of Agricultural Merit.

The family business is now run by Remy Bohn who after his studies in viticulture and oenology taken over.

Remy Bohn is the guarantor of tradition because it comes from a very large family vineyard.